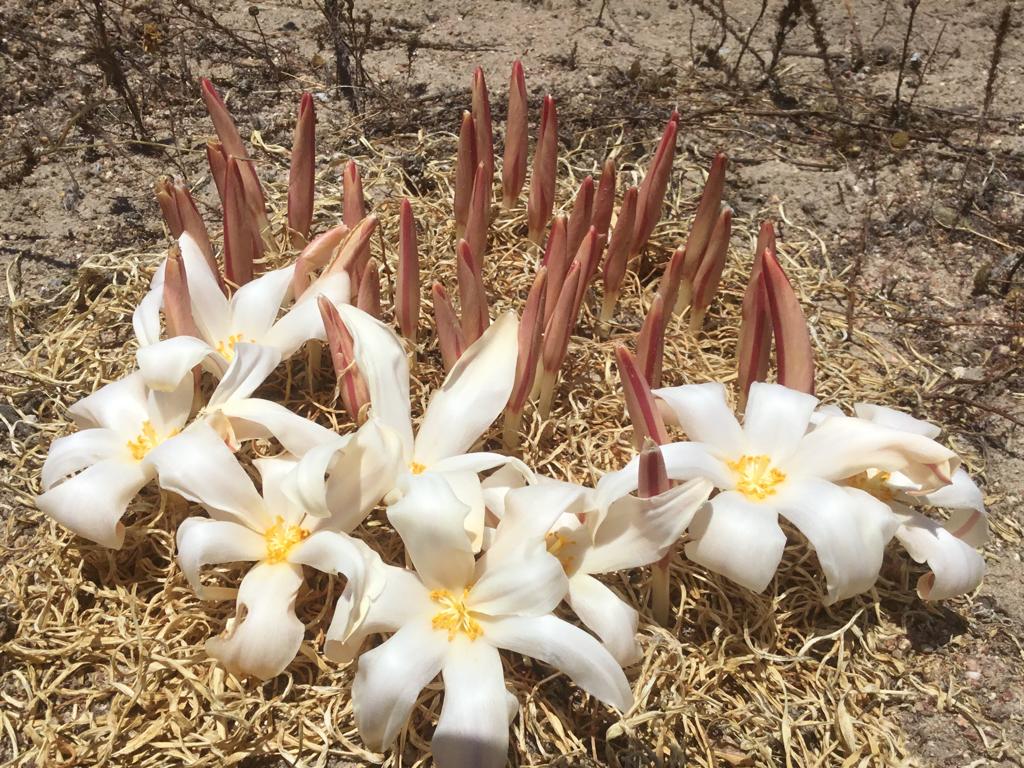 MY STORY– BY IDA OPPERMAN

For anyone growing up on a farm in Darling, the Kukumakranka plant and the legends if has evoked, just become part of your DNA.  Although Farmers have calendars, the mindset still runs on seasons and the weather. Even the annual holiday has to have a bit of flexibility to adapt to the clock of Mother Nature.

If there was one plant in our area that always caused excitement when first spotted, it was the KUKUMAKRANKA. Mainly because, it was not planted but germinated spontaneously by Mother Nature at a time and place of her choice, and never plentiful!

A true “people’s plant” – KUKUMAKRANKA was foraged in secret by those who were true people of the country and who over the years had got to know where best to look.

My mother used to leave small Kukumakranka fruit in all the cupboards and drawers and it only takes a fleeting whiff to transport me back to my childhood bedroom.

Around the end of 2017, when gin was really beginning to get the lights flashing, I met with Charles Withington of the Darling Wine Shop and Riaan Neethling, a good friend of his and shared my dream of making a gin. No normal gin this, the base herb had to be that magical and mystical plant that I had grown to know so well over the years – the Kukumakranka. In my mind, it was only THIS that could add the real magic.

And so it all began …